I’ve been on a bit of a Nintendo/Disney kick lately, basking in fun, wholesome, princess-y goodness (lingering effects of Cinderella, I think). Then last night I made the mistake of searching Deviant Art for cute pictures of Princess Daisy (Luigi’s implied love-interest from the Super Mario games), and the very first items to come up were lots and lots of nude drawings. Exit Deviant Art.

See, this is more what I was looking for.

The experience served as a helpful reminder of the fact that, when it comes to non-pornographic material, internet search engines are overrated (and of the fact that I need to check my ‘mature content filter’).

But more importantly: what kind of sick mind draws nude pictures of a Nintendo Princess? Nintendo is basically the Disney of the video game world: their games, by and large, are some of the sweetest, most innocent, most wholesome entertainment you’ll find anywhere, and that especially applies to the Mario games. Princesses Peach, Daisy, and their ilk are basically the condensed fantasies of little girls everywhere brought to adorable life by Shigeru Miyamoto’s mushroom-fueled dream machine buried deep beneath Nintendo headquarters. Who the hell (and I use the word advisedly) looks at them and thinks “I want to see her naked and in sexually provocative poses”? 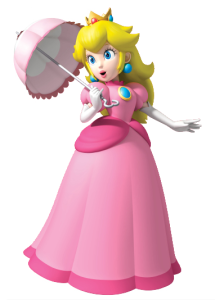 Pornography is always bad, of course, but pornography made from something as sweet and innocent as a Nintendo princess has an extra edge of horror to it. To take something intended to appeal to children and twist it into something brutally sexual strikes me as almost pedophilic: it’s nothing less than an attack on the idea of innocence itself. True, Princess Daisy may not be a real person who can be honestly harmed or corrupted, but if your reaction to such an innocent image is to crudely sexualize it, what does that say about you?

I’ll tell you what it says: if you draw nude pictures of a Nintendo princess, that says there’s something wrong with you. And if you proudly post them on the internet for the world to see then there’s something really wrong with you (and with everyone who looks them up and compliments them and who knows what else: I didn’t check the comment sections). Private vices are bad; publicly declared, embraced, and exhibited vices are worse. 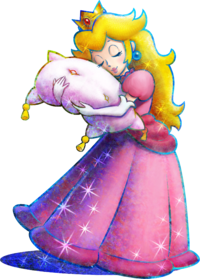 If this post is depressing you, go hug a pillow until you feel better.

This desire to coarsen and corrupt innocent things is widespread in our society and ought to frighten us. ‘Princess porn’ may not be mainstream, but ‘revisionist’ fairy tales that replace morals with political pandering (and, as often as not, plenty of perverse or illicit sex) certainly are, as are dark comic books like Watchmen that eviscerate the mythology of superheroes to fervent applause, not to mention things like ‘sexy’ Halloween costumes of Disney characters (i.e. Snow White with a short skirt and a low cut top) and bikinis and micro-skirts for five and six year old girls. I’m sure anyone who mixes more in society than I do can cite more examples (I don’t think I have to remind you of that video put out by some ‘feminist’ group a few months back that featured little girls in princess dresses dropping F bombs).

The point is, our culture seems to hate innocence: we laugh at it, we delight in tearing it down and uprooting it, and we allow an ever shorter period of childhood before we impose our own crude, coarse, and corrupt ideals in its place. We have no place for innocence: our world is all sneers and envy and lust, and we consider this ‘sophistication.’

It isn’t. It’s the equivalent of tearing up a teddy bear. A boy must eventually out grow his toys, but a boy who delights in ripping them to pieces would demonstrate neither maturity nor emotional well-being. It’s one thing to half-seriously ask why Bowser is so fixated on Peach; it’s another thing entirely to imagine and describe a lurid rape scene. The one is good-natured teasing; the other is evidence of a deeply disturbed mind. And, as a whole, I think we’re much closer to the latter and moving closer to it every day. 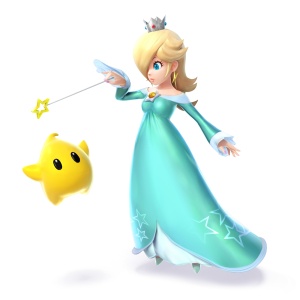 I don’t mind darkness or a little subversion in stories that call for it. For instance, I loved The Dark Knight trilogy with all its grimness and grit, or something like The Searchers with its grim cross-examination of Western tropes. Cynicism, darkness, and subversion all have their place and can be used to make amazing stories.

“If anyone causes one of these little ones who believe in Me to sin, it would be better for him to have a great millstone hung about his neck and be thrown into the sea.” (Matt. 18: 6). 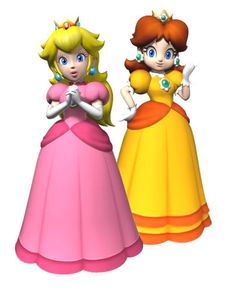 Hands off my princesses.