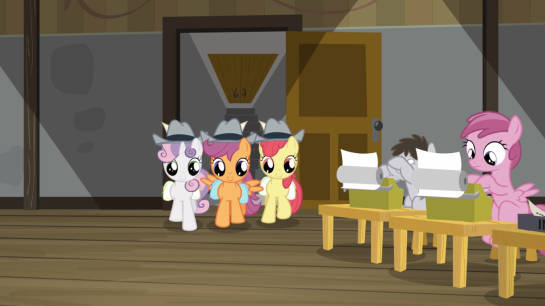 I just got paid for writing about My Little Pony: Achievement unlocked!

One of the best characters on the show is Luna, the Princess of the Night. She starts off as the villainous Nightmare Moon in the pilot episode, but after her defeat and redemption becomes a recurring heroic figure.

Her first appearance after the pilot has her trying to adjust to a world that is not only much different from the one she remembers (she was trapped in the moon for a thousand years; long story), but one in which she is basically the boogey man. Nightmare Night, the Equestrian equivalent of Halloween, is even based around placating her so she won’t gobble up young ponies.

Luna is understandably put off by this. She wants to be loved and admired, but the other ponies, especially goofball Pinkie Pie, constantly act afraid of her, and her odd, intimidating manners don’t help. She gets so offended that she threatens to eliminate the holiday.

But then, when Twilight (the show’s protagonist) finally catches Pinkie and tells her she doesn’t have to be afraid of Luna anymore, Pinkie cheerfully responds that she isn’t, really. It’s just being scared is part of the fun of Nightmare Night. Having the real-life Princess Luna there is like having Count Dracula show up to your Halloween party.

Then Twilight convinces Luna that, instead of trying to escape her spooky reputation, she should embrace it. As the reformed Princess of the Night, no one really knows how to take her. But as Nightmare Moon, the terrible mistress of darkness, she’s just an extra-special spooky attraction who makes the celebration that much cooler. Her willingness to play along makes her much more approachable.

We complain a lot about stereotypes, but I think most stereotypes are only harmful when applied indiscriminately to real-life people. But just in fun, or as part of a story, there’s nothing harmful about them. They’re part of our shared heritage and can serve as a link with different kinds of people. The incorrectly familiar is still familiar, but the unknown is simply unknown.

Embracing the horror-show version of herself instead of demanding to be accepted on her own terms gave Luna a connection with the other ponies, who then felt at least some familiarity with her and thus could relax in her presence, which allowed her to alter their preconceptions in a more organic and mutually respectful way.

That’s because whether someone’s ideas about you are accurate or even offensive is less important than whether they can actually talk to you, and you can’t talk to someone whose main topic of conversation is “Your ideas about me are wrong.”