I’m long since finished with ‘The Simpsons’ outside of the occasional re-run, but I had to comment on this.

Apparently, the show has decided to drop the venerable character of Apu in the face of ‘controversy’ over his ‘blatantly racist’ portrayal. Said ‘racist portrayal’, as far as I can tell, amounts to that he has a ‘stereotypical Indian’ accent and works in a convenience store. 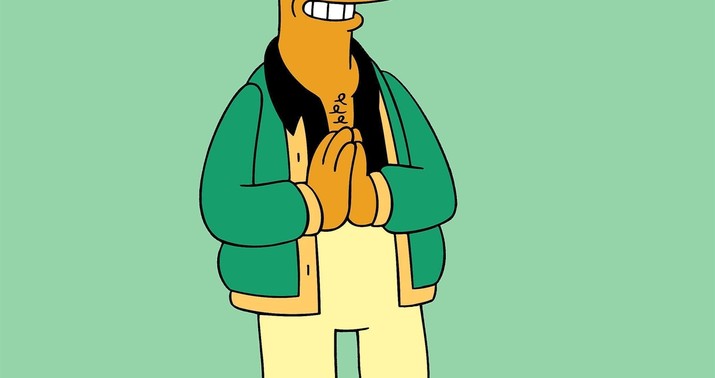 This is a bit of a pet peeve of mine, but why is it that a certain segment of commentators seem to regard any non-White character with an accent to be a racist caricature, regardless of how the character is actually portrayed? I remember back when I watched ‘The Nostalgia Critic’ he did this all the time; like calling Fisher Stevens’ character in the ‘Short Circuit’ movies a racist stereotype because he…had an accent, I guess? Despite the fact that he’s portrayed as a perfectly decent human being and even takes over the role of human protagonist in the sequel.

I remember back in my corporate days we were forced to watch a video on ‘diversity,’ wherein we were shown a talk by an Asian gentleman who started off speaking with a very thick accent, then abruptly dropped it for a Midwestern-style voice. The idea, apparently, was that it was racist for us to assume he would speak with an accent. I pointed out that we only assumed that because he was in fact speaking with an accent.

Really, do the people who complain about this think that no one speaks with thick accents? Or do they think that finding accents funny is somehow ‘racist’? Because it’s not like anyone laughs at British, German, French, Italian, Texan, Minnesotan, or New York accents, right?

Isn’t considering a thick accent an ‘offensive stereotype’ insulting to people who actually talk that way? Doesn’t it imply that there is something wrong with them, if the portrayal of such an accent is taken as an insult?

As for Apu, the people behind this ‘controversy’ apparently missed the fact that part of the joke of his character is that he’s ridiculously overqualified for his job, possessing a genius IQ and a prestigious degree from an Indian university. The satire is that he’s stuck working behind a check-out counter because he’s Indian despite being qualified for much higher-paid work, but he still has an obsessive work-ethic. In other words, they’re complaining about the very stereotype he’s designed to make fun of.

There’s also the fact that he’s no more ridiculous than any other character on The Simpsons and much less than some. Again, he has a genius IQ, a killer work ethic, is a crack-shot, maintains a lush roof-top garden, and is personal friends with Paul McCartney. He’s cleans up at a bachelor auction and is as respected a member of the community as anyone (which, given the community in question, isn’t saying much).

This is what I call ‘Charlie Chan Syndrome’; where a character is assumed to be a racist caricature because of superficial qualities such as having a thick accent, regardless of what the character actually does (named after the ‘Charlie Chan’ film series, which featured an intelligent,  courteous, and professionally respected Chinese-American detective traveling the world and outsmarting predominantly white opponents, yet are often described as ‘racist’ somehow). This apparently only applies if the character is non-European. Thus a wise, polite, somewhat funny Chinese detective with a thick accent is racist; a wise, polite, somewhat funny Belgian detective with a thick accent is not.

This is a point we today often miss; how a character is objectively written, what he does and says and how he interacts with the story, is what determines what the character is, not what may or may not be going on in the world when the character was written. Charlie Chan is not a racist caricature because his race is never (at least in the films I’ve seen) portrayed as making him in any way inferior to those around him. The fact that he is played by a Swede and has a thick Chinese accent is irrelevant to that point. Likewise, the fact that Apu was written and voiced by a white man is irrelevant to the question of how he is portrayed on the show (you can legitimately ask why someone was cast and not someone else, or what the motives of the writers were, and so on, but that is a separate issue from what actually is portrayed on screen).

Anyway, The Simpsons has long outstayed its welcome, and as far as I can tell has been on a downward spiral for a while, but if they’re going to start rolling over and giving in to this kind of controversy, their end cannot be far off. More concerning is simply the fact that this kind of nonsense is actually taken seriously in our society.