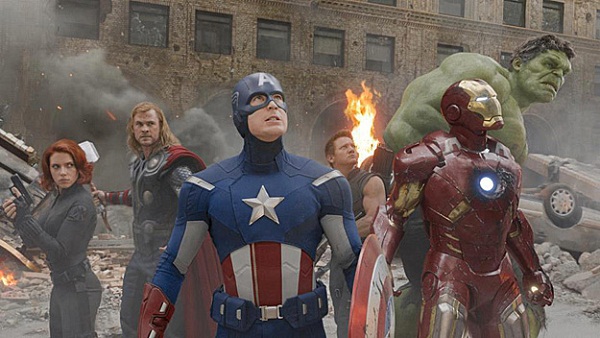 My Ranking of the Films (Note: the position of ‘Endgame’ is tentative at this point, as I still need to examine it more fully):

So, we have reached the end of the journey at last. What are we left with?

First and most obvious is simply the achievement. Twenty-two films in eleven years, telling more or less a single, gigantic story. Though the quality of those films jumps all over the place from sublime to terrible (with, admittedly, much more good than bad), nevertheless the sheer scope of the accomplishment is something to be commended, particularly now that the story is complete and we can see how every piece fit (or doesn’t fit). They basically did a monster-sized serial or television show with multi-million dollar blockbuster movies. No one has ever done that before, and I honestly doubt anyone will do it again, at least not to this scale. Certainly the DCEU and the ‘Dark Universe’ attempts have shown just how badly this sort of thing can go wrong, and we’re still waiting on the ‘Monsterverse’ (which, I must say, looks very promising).

About the only other company I can conceivably see pulling off something like this in the future would be Nintendo, if they decided to break into the film business, given both their large stable of franchises and consistent devotion to quality (also their thus-far adamant refusal to be intimidated by social justice thugs).

Simply as an achievement in filmmaking, this franchise deserves to be studied and cherished.

However, there’s more to it than that.

We live in frightening times, one way or another, and not least of which is the way more and more classic franchises and iconic heroes are being stripped away, destroyed, and ‘deconstructed.’ It’s been a long time sine the last straight Superman film, for instance. Robin Hood hasn’t really had a solid, straight adaptation since Errol Flynn (or perhaps the Disney version). ‘Star Wars’ has been destroyed. Disney is grown corrupt. Meanwhile, more and more creators are turning on their audiences with stunning savagery; greeting criticisms with insults and accusations, and acting as though, when the audience rejects something it never asked for, it’s the audience who has the problem.

In this world, the MCU has been a fortress of solid storytelling and iconic heroism in mainstream entertainment. With a few exceptions, they have been tales of people striving to do the right thing despite the obstacles and despite their flaws, while the fantasy elements magnify and illuminate their characters. That is, they serve the same function as classical mythology, or fairy tales; passing on timeless truths via tales of wonder and excitement.

Once upon a time there were many films like this; westerns, Disney cartoons, Harryhausen adventures, the films of Frank Capra, John Ford, and Howard Hawks, and on and on. Now there are only a few, and getting fewer every day. The MCU was, more often than not, a shining beacon of hope amid an ever deteriorating fictional landscape, with the likes of Iron Man, Captain America, Thor, and Black Widow standing out as true icons and examples to follow, almost a call to arms. Ant-Man was about what a father will do for his child. The Avengers declared that old-school heroism is as real and important now as ever. Civil War urged us to stand up for what is right, whatever the cost.

Looking back, I recall so many great scenes that stand as images of goodness and the defiance of evil. Iron Man slamming terrorists about to defend poor villagers. Captain America piloting the plane into the ice. The Hulk cutting off Loki’s speech by slamming him into the ground. The Guardians of the Galaxy taking each others’ hands, bearing each other’s pain. The Avengers defending a church from Ultron. Ant-Man going subatomic and risking a fate worse than death to save his daughter. Black Widow turning on her own team to do what is right. Cap fighting to the end to stop one friend from killing another. Doctor Strange embracing death again and again to save the innocent. Iron Man throwing everything he has against Thanos. And Captain America, alone and wounded, standing up to face Thanos and his army, hopeless, but unbowed. And on and on.

These are moments that inspire, that remind us of what we are supposed to be, rendered colorfully and fantastically so as to make them easier to understand and to imitate. That, in the end, is what this twenty-film, ten-year journey has meant: genuine, mythic heroism at the movies once again. Despite the flaws, it was and is truly inspiring.

But it isn’t just the grandiose and the mythic scenes either: there are the small-scale, human scenes as well. Tony and Yinsen discussing life in a cave. Thor telling Jane about Yggdrasil. Black Widow comforting Hawkeye after his mind-control episode. Loki learning of his mother’s death. Quill showing Gamora how to dance. Cap sharing a moment of recognition with a young fan in the museum. Hawkeye giving Wanda a pep talk during the battle with Ultron. Scott going to see his daughter before the life-or-death heist. T’Challa recounting his culture’s view of the afterlife. Drax reminiscing over his wife and daughter with Mantis. Rocket taking the time to check on Thor. Scott reassuring Hope that her mother will never have forgotten her.  It was the moments like these, the warm, heartfelt, character-driven scenes that made these characters seem so human and made us want to follow them through so many adventures.

I am glad I got to see it. I am also glad that it’s over. The rot that infects so much of the entertainment world was beginning to set in towards the end, with ill-conceived entries like Homecoming, Ragnarok, Black Panther, and Captain Marvel, but the epic series reached its conclusion before it became fatally stricken, leaving us with a completed story to cherish and appreciate. For eleven years it has been the one great beacon of goodness and heroism in Hollywood. Now it’s time for that mantle to be passed and for someone else to pick up the shield and fight the good fight.