I know the actor Nick Adams (who died tragically young, much like his friend and co-star James Dean) from the Toho films he did in the 1960s: Frankenstein Conquers the World and Invasion of Astro Monster. He was the first notable western actor in the Godzilla franchise (and, perhaps not coincidentally, was part of the series’ first, and for a long time only on-screen kiss) and I retain very fond memories of his roles to this day, though I didn’t know much else about him apart from his tragic death of a drug overdose at the age of 36.

Only today I learned that he was the star of a TV show called The Rebel about an ex-Confederate soldier and budding writer named Johnny Yuma wandering the west (the theme song is sung by none other than Johnny Cash). Upon watching an episode – Johnny at Appomattox – I was struck by not only how good it was, but more so by the realization that I had never known just how good an actor Mr. Adams really was. He could project emotion with startling power, especially as he didn’t over play his roles or rant and rave to get his point across. Oh, he shouts and growls and so on, but it seems to all come from inside; more like he’s holding back than overdoing it.

This particular story has him flashing back to the last day of the war: the surrender at Appomattox Courthouse. He was an angry, bitter young man, unwilling to admit that the war was lost (“we sore we would fight until we were all dead and then come back and fight as ghosts”), imagining his beloved General Lee being humiliated before the rough Yankee, Grant. In a rage, he determines to assassinate Grant to ensure the war goes on.

As a result, Johnny gets to witness the famous interview between the two great men, changing his perspective on both his enemy and war in general. It’s a moving depiction of one of the seminal moments in American history.

Said moment is one of those in which all talk of influences and societal forces fade away and history unmistakably turns on individual personalities. Had any other man been in either place during that meeting, American history would have been very different. The fact that both Grant and Lee were men of honor; merciful and generous in victory on the one hand and humble and gracious in defeat on the other, prevented the war from dragging on indefinitely.

In any case, Adams gives a powerful performance, mostly without dialogue, of an ordinary soldier catching a life-changing glimpse at history being made.

I’m definitely going to recommend this show: from the two episodes I’ve seen, it’s an intelligent, thoughtful, emotionally powerful show (and the pilot includes a supporting role by the one and only John Carradine) anchored by an extremely talented actor.

It’s one of the many tragedies of Hollywood that Nick Adams never quite had the career he ought to have, but at least we still have works like The Rebel to look back on and admire. 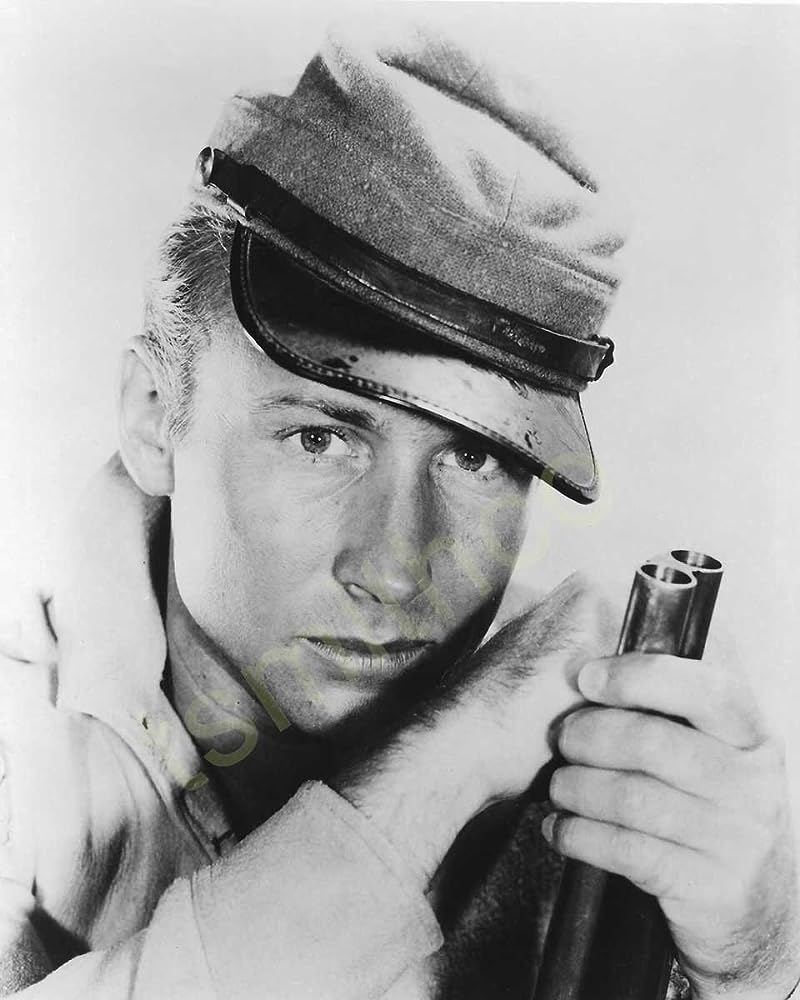