“MY son,” said the Norman Baron, “I am dying, and you will be heir
To all the broad acres in England that William gave me for my share
When we conquered the Saxon at Hastings, and a nice little handful it is.
But before you go over to rule it I want you to understand this:–

“The Saxon is not like us Normans. His manners are not so polite.
But he never means anything serious till he talks about justice and right.
When he stands like an ox in the furrow with his sullen set eyes on your own,
And grumbles, ‘This isn’t fair dealing,’ my son, leave the Saxon alone.

“You can horsewhip your Gascony archers, or torture your Picardy spears;
But don’t try that game on the Saxon; you’ll have the whole brood round your ears.
From the richest old Thane in the country to the poorest chained serf in the field,
They’ll be at you and on you like hornets, and, if you are wise, you will yield.

“But first you must master their language, their dialect, proverbs and songs.
Don’t trust any clerk to interpret when they come with the tale of their wrongs.
Let them know that you know what they’re saying; let them feel that you know what to say.
Yes, even when you want to go hunting, hear ‘em out if it takes you all day.

“They’ll drink every hour of the daylight and poach every hour of the dark.
It’s the sport not the rabbits they’re after (we’ve plenty of game in the park).
Don’t hang them or cut off their fingers. That’s wasteful as well as unkind,
For a hard-bitten, South-country poacher makes the best man-at-arms you can find.

“Appear with your wife and the children at their weddings and funerals and feasts.
Be polite but not friendly to Bishops; be good to all poor parish priests.
Say ‘we’, ‘us’ and ‘ours’ when you’re talking, instead of ‘you fellows’ and ‘I.’
Don’t ride over seeds; keep your temper; and never you tell ‘em a lie!”
-Rudyard Kipling 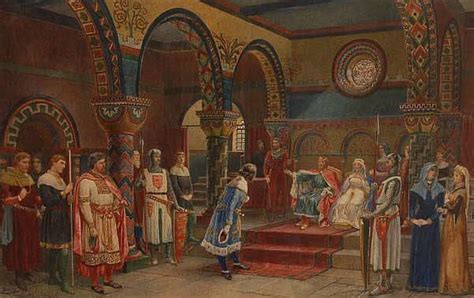 In Flanders fields the poppies blow
Between the crosses, row on row,
That mark our place, and in the sky,
The larks, still bravely singing, fly,
Scarce heard amid the guns below.

We are the dead; short days ago
We lived, felt dawn, saw sunset glow,
Loved and were loved, and now we lie
In Flanders fields.

Take up our quarrel with the foe!
To you from failing hands we throw
The torch; be yours to hold it high!
If ye break faith with us who die
We shall not sleep, though poppies grow
In Flanders fields.
-Lieutenant Colonel John McCrae 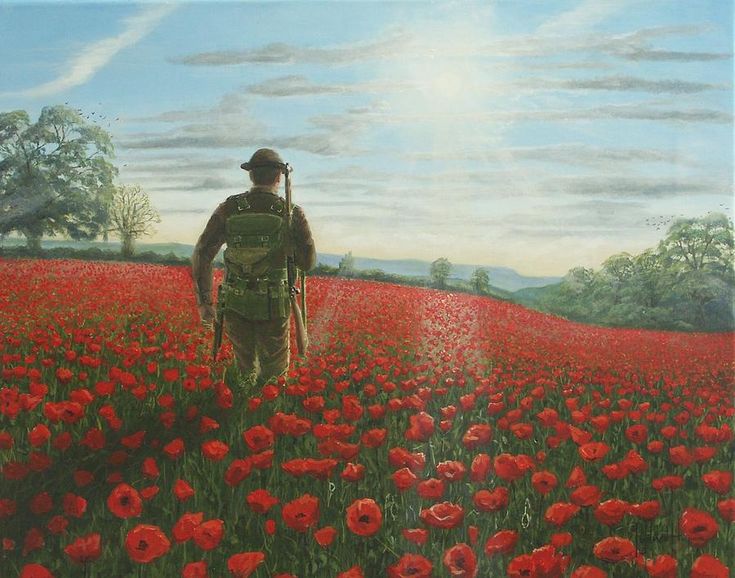 Say not the struggle nought availeth,
The labor and the wounds are vain,
The enemy faints not, nor faileth,
And as things have been they remain.

If hopes were dupes, fears may be liars;
It may be, in yon smoke concealed,
Your comrades chase e’en now the fliers,
And, but for you, possess the field.

For while the tired waves, vainly breaking,
Seem here no painful inch to gain,
Far back, through creeks and inlets making,
Comes silent, flooding in, the main.

And not by eastern windows only,
When daylight comes, comes in the light,
In front, the sun climbs slow, how slowly,
But westward, look, the land is bright.
–Arthur Hugh Clough 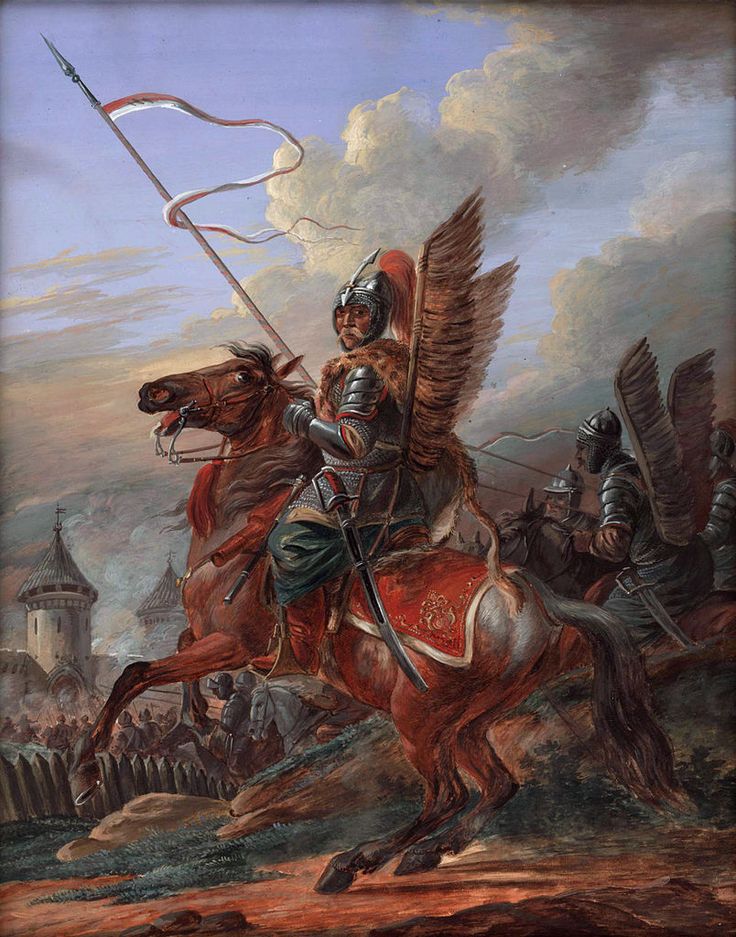 This young lady has some of the best renditions of Tolkien’s songs that I’ve ever heard. Not only does she have a lovely voice, but she puts just the right emotion and just the right tone into the music that brings out their poetic beauty and sense of longing and antiquity.

Definitely check out the rest of her work!

Fitting words both for the day and in relation to my last post:

In Flanders fields the poppies blow
Between the crosses, row on row,
That mark our place; and in the sky
The larks, still bravely singing, fly
Scarce heard amid the guns below.
We are the Dead. Short days ago
We lived, felt dawn, saw sunset glow,
Loved and were loved, and now we lie,
In Flanders fields.
Take up our quarrel with the foe:
To you from failing hands we throw
The torch; be yours to hold it high.
If ye break faith with us who die
We shall not sleep, though poppies grow
In Flanders fields.
-Lt. Col. John McCrea, Canadian Army Medical Officer

Mr. Rudyard Kipling found himself dealing with many of the same idiocies and insanities in his day as we are today. Only in his time they were on the margins of society and today they are enshrined in law and policy. His poem, The Gods of the Copybook Headings, remains as succinct and devastating an assessment of them as any that have come about since.

AS I PASS through my incarnations in every age and race,

I make my proper prostrations to the Gods of the Market Place.

Peering through reverent fingers I watch them flourish and fall,

And the Gods of the Copybook Headings, I notice, outlast them all.

We were living in trees when they met us. They showed us each in turn

But we found them lacking in Uplift, Vision and Breadth of Mind,

So we left them to teach the Gorillas while we followed the March of Mankind.

We moved as the Spirit listed. They never altered their pace,

Being neither cloud nor wind-borne like the Gods of the Market Place,

But they always caught up with our progress, and presently word would come

That a tribe had been wiped off its icefield, or the lights had gone out in Rome.

With the Hopes that our World is built on they were utterly out of touch,

They denied that the Moon was Stilton; they denied she was even Dutch;

So we worshipped the Gods of the Market Who promised these beautiful things.

When the Cambrian measures were forming, They promised perpetual peace.

They swore, if we gave them our weapons, that the wars of the tribes would cease.

But when we disarmed They sold us and delivered us bound to our foe,

And the Gods of the Copybook Headings said: “Stick to the Devil you know.”

On the first Feminian Sandstones we were promised the Fuller Life

Till our women had no more children and the men lost reason and faith,

And the Gods of the Copybook Headings said: “The Wages of Sin is Death.”

In the Carboniferous Epoch we were promised abundance for all,

By robbing selected Peter to pay for collective Paul;

But, though we had plenty of money, there was nothing our money could buy,

And the Gods of the Copybook Headings said: “If you don’t work you die.”

Then the Gods of the Market tumbled, and their smooth-tongued wizards withdrew

That All is not Gold that Glitters, and Two and Two make Four

And the Gods of the Copybook Headings limped up to explain it once more.

As it will be in the future, it was at the birth of Man

There are only four things certain since Social Progress began.

And the burnt Fool’s bandaged finger goes wabbling back to the Fire;

And that after this is accomplished, and the brave new world begins

When all men are paid for existing and no man must pay for his sins,

The Gods of the Copybook Headings with terror and slaughter return!

Before the gods that made the gods

Had seen their sunrise pass,

Was cut out of the grass.

So opens G.K. Chesterton’s poetic masterpiece, The Ballad of the White Horse, the tale of King Alfred and his war against the invading Norsemen. The ballad is a glorious celebration of hope in the face of despair and of the gallant defense of civilization against the seemingly invincible powers of barbarism. During the First World War, British soldiers in the trenches would shout long passages from it to encourage one another. So, you can see why it’s come to mind today.

The poem is, of course, much too long to quote in full, but I would like to present one of my favorite passages. In it, King Alfred, disguised as a wandering minstrel, has entered the camp of the Danes and has listened to them share their gloomy philosophies around the fire. In a fit of passion, he rises to answer them: an answer that all Christians may use to answer all barbarians:

“When God put man in a garden

He girt him with a sword,

And sent him forth a free knight

“He brake Him and betrayed Him,

And fast and far he fell,

Till you and I may stretch our necks

And burn our beards in hell.

“But though I lie on the floor of the world,

With the seven sins for rods,

I would rather fall with Adam

Than rise with all your gods.

“What have the strong gods given?

Where have the glad gods led?

When Guthrum sits on a hero’s throne

And asks if he is dead?

“Sirs, I am but a nameless man,

Yet since I come of the Wessex clay

And carry the cross of Rome,

“I will even answer the mighty earl

That asked of Wessex men

Why they be meek and monkish folk,

And bow to the White Lord’s broken yoke;

Here is my answer then.

“That on you is fallen the shadow,

And not upon the Name;

You are more tired of victory,

Than we are tired of shame.

“That though you hunt the Christian man

The hare has still more heart to run

Than you have heart to ride.

“That though all lances split on you,

All swords be heaved in vain,

We have more lust again to lose

Than you to win again.

“Your lord sits high in the saddle,

But our king Alfred, lost from fame,

Fallen among foes or bonds of shame,

In I know not what mean trade or name,

Has still some song to sing;

“Our monks go robed in rain and snow,

But the heart of flame therein,

But you go clothed in feasts and flames,

When all is ice within;

“Nor shall all iron dooms make dumb

If it be not better to fast for joy

Than feast for misery.

“Nor monkish order only

Slides down, as field to fen,

All things achieved and chosen pass,

As the White Horse fades in the grass,

No work of Christian men.

“Ere the sad gods that made your gods

That you have left to darken and fail,

Was cut out of the grass.

“Therefore your end is on you,

Is on you and your kings,

Not for a fire in Ely fen,

Not that your gods are nine or ten,

But because it is only Christian men

“For our God hath blessed creation,

Calling it good. I know

What spirit with whom you blindly band

Hath blessed destruction with his hand;

Yet by God’s death the stars shall stand

And the small apples grow.”

Why We Play Determines Who We Are

A Song of Joy by Caroline Furlong

The Price is Right

Prove All Things; Hold Fast That Which is Good.