Note: This is just a series of loose thoughts written out more or less as they come, presented in the hopes that someone will find something worthwhile within them.

Our society despises beauty. This may sound surprising, given how much we hear about overvaluing of physical appearance, impossible beauty standards in media, and the rest of it, but that sort of thing isn’t an overvaluing of beauty, but an extension of our bonobo-like obsession with sex; it is ‘hotness’ we value, not beauty. Granted, beauty and sexual attraction, in women, often overlap, but they aren’t the same thing.

Once this distinction is clear in our mind, examples and proofs pile up almost faster than we can describe them. Female fashions are designed to emphasize and draw attention to the bodily form, as opposed to earlier fashions which were meant to adorn it. Compare a woman’s frock from the 1930s, with its patterned dress and accompanying hats with a modern body-hugging dress or pants. It isn’t just a matter of being more or less revealing, but a matter of how much the dress itself was meant to look pretty compared to how much it was meant to draw the eye to the woman’s body (this distinction occurred to me watching an episode of All Creatures Great and Small, where I realized that the dress of the protagonist’s wife was doing something very different than a modern dress would). 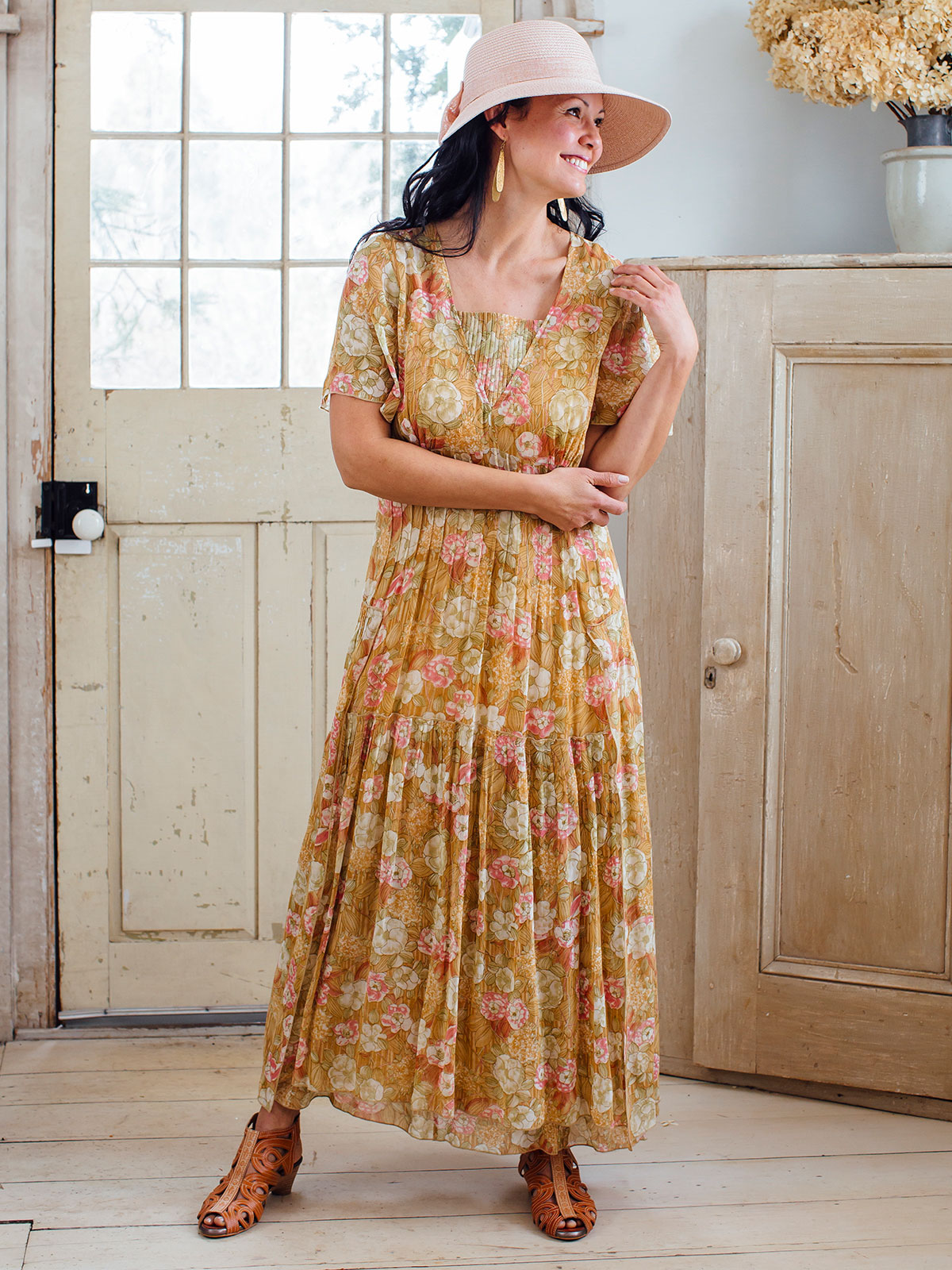 Also, if our culture valued beauty as such, we would prize it in our art, architecture, music, and so on. We do not. This is almost a truism; no one looks at modern architecture or modern art and praises it for its beauty. Even people who like the stuff like it for other reasons. In architecture we either go for bland utilitarianism or self-indulgent absurdism.

This is supposed to be a Cathedral, by the way.

We further denigrate beauty with grotesque blasphemies such as “beauty is in the eye of the beholder,” trying to render the whole thing subjective, either in an excuse to provide poor work or out of misguided compassion (looking at you, Mr. Serling).

All of this, as I see it, is a concerted effort by modernity to try to shut down the one thing it can’t successfully lie about or explain away. G.K. Chesterton exposed this dilemma of the revolutionary in The Loyal Traitor:

“We can rise up ignorance against science and impotence against power, but who is going raise ugliness against beauty?”

Against truth, the revolutionary can assert a lie, and the lie may be convincing. Against nobility, the revolutionary can assert liberty and license, and they are appealing. But against beauty he can only offer sophistries and evasions, because beauty is unanswerable. You can give someone a false idea to fall back on, but you can’t stop him from seeing it if he has any humanity left.

Of the three great pillars of goodness – Truth, Nobility, and Beauty – beauty is the easiest to perceive and that hardest to define. You cannot exactly say what constitutes it; it is not evenness (trees are beautiful), nor size (flowers and mountains are both beautiful), nor vision (music and poems and even ideas can be beautiful). The only way to really describe it is a thing being as it ought to be. In short, beauty is the raw perception that the thing before us is good.

This is why beauty leads to love, and why talk of love is so often couched in terms of beauty: perception of goodness leads easily to willing that goodness to continue, and consequently to the desire to subordinate oneself to it.

This is also the reason for the ‘beauty equals goodness’ trope, which was never as universal as some like to claim, but it a venerable practice: storytellers make the good people beautiful as a shorthand way of showing their goodness, and the reverse for the bad guys. In visual media, it encourages us to be on their side from the beginning. Beauty is raw perception of goodness, at least in terms of form and appearance, so it is helpful as a means to lead audiences to perceive other good qualities about the heroes.

If beauty is the raw perception of goodness, then we may say that, in our experience of beauty, we have a dim image of how God perceives creation. God saw that creation was good; that is, creation affected God after the fashion a beautiful object affects us. Had mankind never fallen, no doubt his ability to perceive beauty would have been greatly increased, as would his ability to produce it in his own work.

What is more, beauty, as I said, is a perception that a thing is as it ought to be. Thus, the notion of objective beauty contains within it something akin to the notion of intent in creation, something akin to the Platonic forms, the essential concept that there are ideas behind real, physical things we encounter. That is, if we perceive beauty, we perceive that that beautiful object conforms to its pattern or its concept. But that means there is a concept that precedes the object, as the concept of a machine precedes its invention.

There are two ways to understand this; the progressive claims that the concept comes from us; that our perception of beauty depends on how well it fits our own pre-conceived notions of the object. Thus, a woman is beautiful is she fits the ‘standards’ of the (male) observer. The traditionalist, on the other hand, would say that the concept comes from God, and that we perceive that the beautiful object, insofar as it is beautiful, fits the perfect idea of it in the mind of the Creator. We are able to perceive this because we are made in His image and likeness and thus have minds akin to His, if infinitely lesser.

The problem with the progressive approach is first that we may perceive beauty in things we are seeing for the first time, and which we had no conception of before hand. A traveller from the Navajo who ended up in Paris would be able to perceive beauty in Notre Dame Cathedral though he’d never seen a stone building before. A boy raised in the Sahara would not be blind to the beauty of a snowfall merely because he’d never imagined one before (indeed, this is the opposite of our experience; totally new perceptions of beauty strike us more forcefully than ones we are familiar with).

Another problem is one that progressive thought runs into constantly; the problem of origin. If beauty is socially constructed, it is hard to see where the concept came from in the first place. That is, if our perception of beauty is only our perception of the preconceived notions we have been taught by social pressures to apply, then whence can these notions and to what purpose? Who was it that decided Mozart and Bouguereau ought to strike the senses as they do and why?

You see, if our conception of a given object, and hence of its beauty comes from ourselves through social pressures, there must be an origin point at which this process began. And it is hard to imagine either how that would happen or why it would be applied to such completely irrelevant objects as stars, landscapes, and music, but not to more survival-crucial factors such as food or tools (for beauty is so far not utility that the two concepts are almost opposites: very, very few things are valued both for their beauty and their utility).

Now, I am sure some explanation could be offered that was more or less plausible (off the top of my head, a common conception of beauty fosters group cohesion. Though I severely doubt primitive peoples, or really anyone prior to the modern world even thought in those terms, let alone formed quiet conspiracies to enact them. Considering how incompetent we, with our ‘scientific’ understanding of these phenomena are at creating such things, I doubt our ancestors even bothered trying). The point is that beauty requires an explanation, and more than that, if it isn’t going to end in what might be termed a traditionalist view – of objective values, supernatural origins, and teleological creation – it has to be explained away. Beauty, as an objective reality, does not fit into a progressive view of the universe.

Yet even when intellectually explained away, it can’t be avoided except through maiming the soul. Jaded high school students raised on ‘beauty is in the eye of the beholder’ will still stop and gaze at a Bouguereau painting. People still flock to the Grand Canyon and still stargaze, and you can still pack an auditorium to hear the music of Mozart. Beauty is unanswerable because it is simply perceived, as a color is. You can quibble about the definition of green, but you can’t argue a man into seeing red. You can explain beauty away, but you can’t stop someone from seeing it. Beauty, in the last resort, is the final snag that links a man to God.

That is why modern, progressive society hates it so much. That is why we try to scrub it as much as possible from our lives, why we insist on subjectivity, why we insist that ugly works of art are just as good – nay, better – than beautiful ones. That is one reason we lay so much stress on the sexual aspect of female beauty. That is why the Catholic liturgy has been gutted and Catholic churches defaced by their own congregations.

Beauty leads to love, and to love anything for its own sake is to take one step away from the progressive mindset that the end goal is the greatest thing and one step closer to loving God, from whom all good things flow.

One thought on “Second Meditation: On Beauty”